In less than 14 days I participated in 4 events: SPS Munich, Unity Connect, SPS Oslo, and Microsoft’s Cloud Platform University. This article tells the story of these last couple of days.

My two weeks full of events started Friday 9 October. I took a flight to Munich to speak at the inaugural SharePoint Saturday Munich the next day. The entire event was a blast! Matthias Einig and Monika Baur did such a great job organising the entire event. I think this was the first SharePoint Saturday where we had two speaker dinners, and a speaker breakfast. And the speaker line-up must have been the most impressive for a SPS ever. Probably also one of the reasons why they had a no-show count of only 5 people (!!) out of 250 attendees. Impressive! I am very, very proud to have been a part of this event! 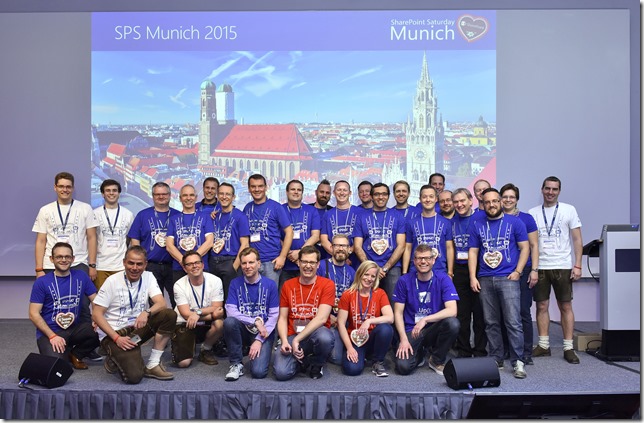 I did my session on “How to secure your data in Office 365” at this event. Based on the feedback the audience gave me, the session was rated with an overall score of 4.3 (out of 5), and 100% of the respondents found the session to have met their expectations, and would recommend the session to someone else. As you can imagine, I am very pleased with these ratings 🙂 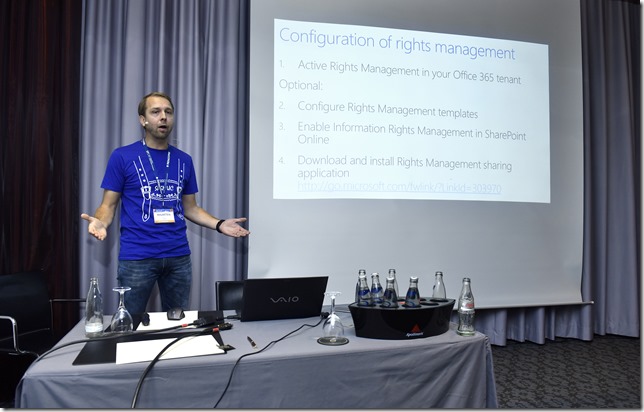 Here are the slides of my session:

SPSMUC12 – How to secure your data in Office 365—Maarten Eekels

On Sunday morning, most of us who had to speak at Unity Connect that same week took the high-speed ICE train to Amsterdam. Funny thing is (or maybe not), that I actually bought a return ticket from KLM from Amsterdam to Munich and back, because that cost less than half of a one-way ticket to Munich. Anyway, the train trip was very comfortable it was quite an experience to be in a train that goes about 320 km/h. 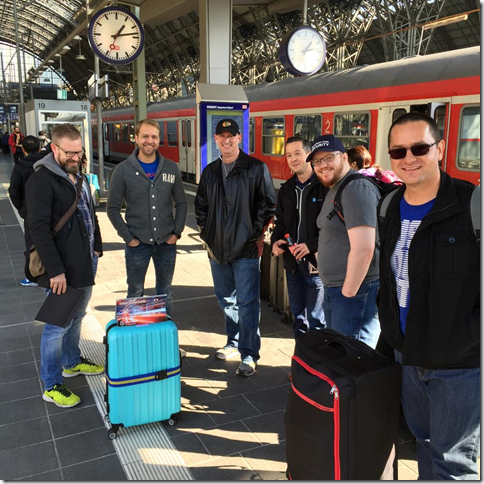 On Monday started Unity Connect Amsterdam. This great three-day event was organised by the same team that had been organising SharePoint Connections in the past, together with one of the most leading and prominent Office 365 and SharePoint communities IT Unity. 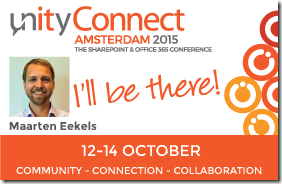 This resulted in an amazing speaker line-up with a lot of great content. I had the opportunity to speak on “Three powerful Yammer embed examples”, where I showed my audience how you can use Yammer Embed to integrate Yammer with SharePoint and create a social intranet experience.

The third day I attended the “SharePoint Server 2016 and Office 365 Hybrid” of Spencer Harbar and Neil Hodgkinson. A great deep dive in what SharePoint 2016 has to offer for hybrid environments (and what not).

For the fourth year in a row, my company Portiva was one of the sponsors of Unity Connect. We always try to bring something original for the attendees and after a personal sewed scarf, a caricaturist, and a magician, this year we had a track laid out for attendees to race as quickly as possible on a monorover (a Segway without the bulk). For some people a little bit too difficult, for some an addiction! 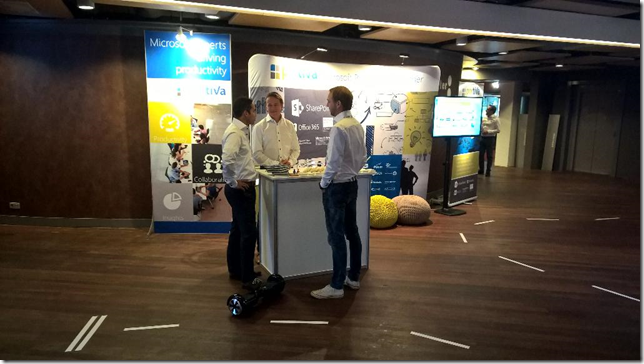 After a “regular” working day on Thursday, my adventure continued on Friday with a trip to Oslo for the SharePoint Saturday there. Again, a very well organised SPS Event. The speaker dinner on Friday evening was “haut cuisine”, the event itself on Saturday was well visited, and the food and drinks at the SharePint at the end of the event was great! 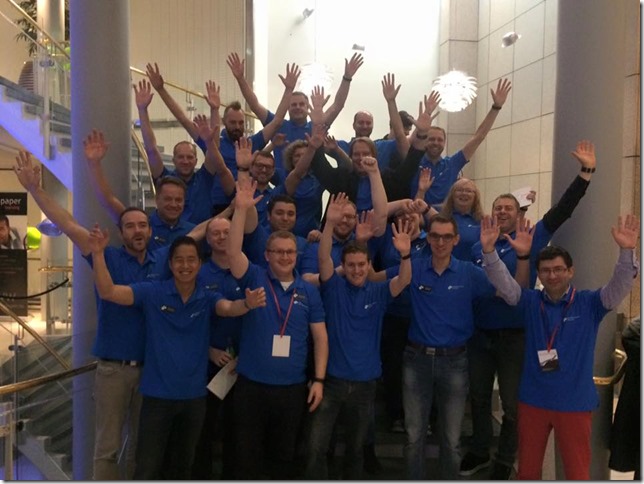 My session was the same as on SPS Munich, and again I received great feedback. The session itself was very interactive because of the good questions of the audience, and one of the sponsors of the event, Altran, built an IoT system where people could press a red, orange or green button when they left the room after the session, to evaluate the session. My session got 30 green buttons, 0 orange, and 0 red. Not bad again 🙂

SPSOslo – How to secure your data in Office 365—Maarten Eekels

After another day at the office on Monday, I attended the fourth and last event in two weeks time on Tuesday and Wednesday. Microsoft’s Cloud Platform University. A 2-day roadshow accross the world, where Microsoft’s best and most knowledgeable people on Azure give presentations and workshops to Microsoft internals and P-sellers only. Since I am a P-seller (formerly known as v-TSP) at Microsoft, I got the opportunity to attend this event. And it was great! So much knowledge and insights crossing the room. Unbelievable! Thanks Microsoft for this opportunity! 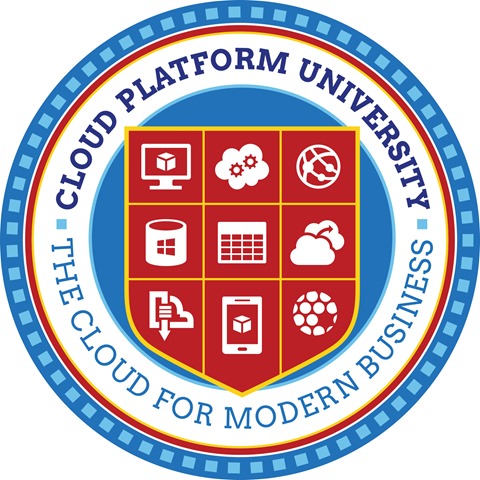 And now it is Thursday. I feel a little bit awkward. I know I am going to be home for the next couple of weeks, until ESPC starts. And although the last two weeks have been so amazing, I got to meet so many new people, made new friends, and learned so much new stuff, I am really glad I can enjoy my family a bit more than through the regular Skype calls 🙂 Looking forward to the next two weeks too!